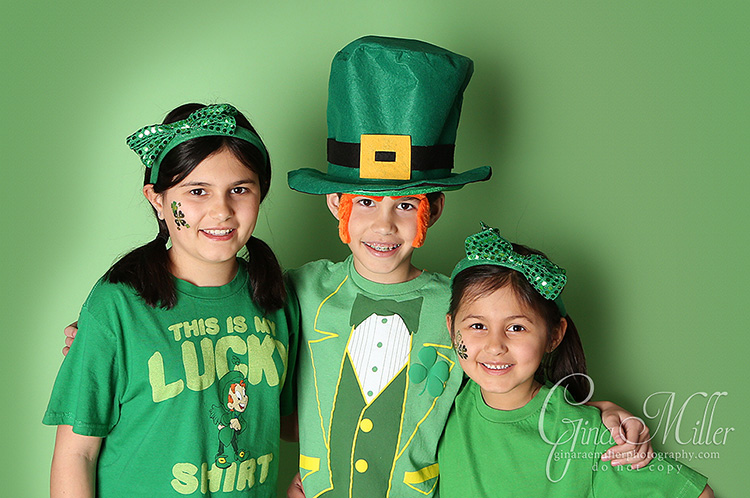 Andrew brought in a few dozen chocolate gold coins to hand out to his class. He was practicing doing a heel-click mid-air and saying “Top of the mornin’ to ya!” 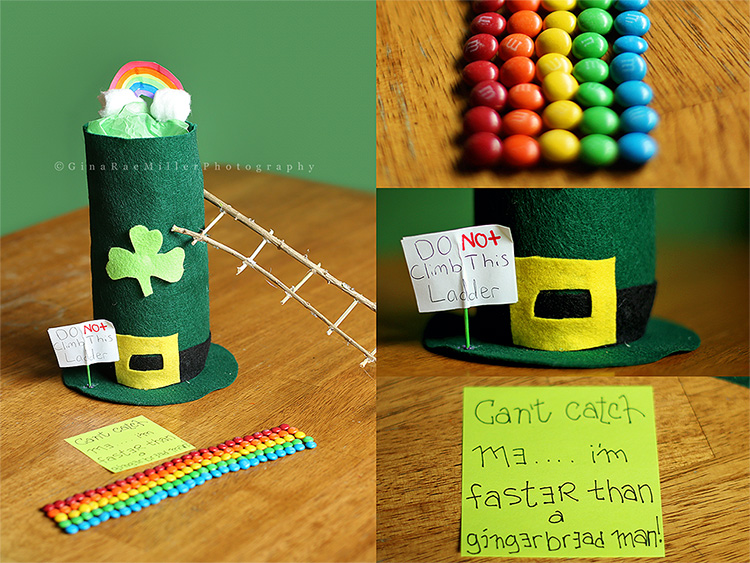 This is the leprechaun trap the kids made all by themselves and set in the hopes of catching a tiny little green-suited man. Before the top tissue caved-in, there were gold coins up there as bait. They didn’t catch him, but he did leave behind a rainbow of mini M&Ms, and Andrew swears he heard a loud bang around 5am, sure it was the leprechaun falling into and then climbing out of the trap.

Tonight it’s corned beef & cabbage and some green-frosted cupcakes I just took out of the oven (they are actually watermelon flavor!) for dessert. Then I promised the kids popcorn and a half hour of the new Dancing With The Stars. We’ve gotta root for DJ, after all!