I’ve been fortunate to spend time with lots of babies this month! I took on more newborns than usual in August and even though most of them are arriving around the same time keeping me extra-busy, it’s been great working with so many teeny little babies. <3

I’ve been working on the galleries of two little ones who I photographed most recently. Since I had some before & afters ready to be Blogged, I thought I would just share them together.

This is Mia (and subsequently, the daughter of the couple who mentioned enjoying my before & afters so I hope they like this one!) She was 11 days old for her shoot. I had to get rid of some baby acne on her nose and a few dry skin flakes on her arms. You’ll notice the arm she was laying on was fairly purple, so I needed to color-correct that. On this image and the ones below, I rotated them to what I feel is a more pleasing angle. 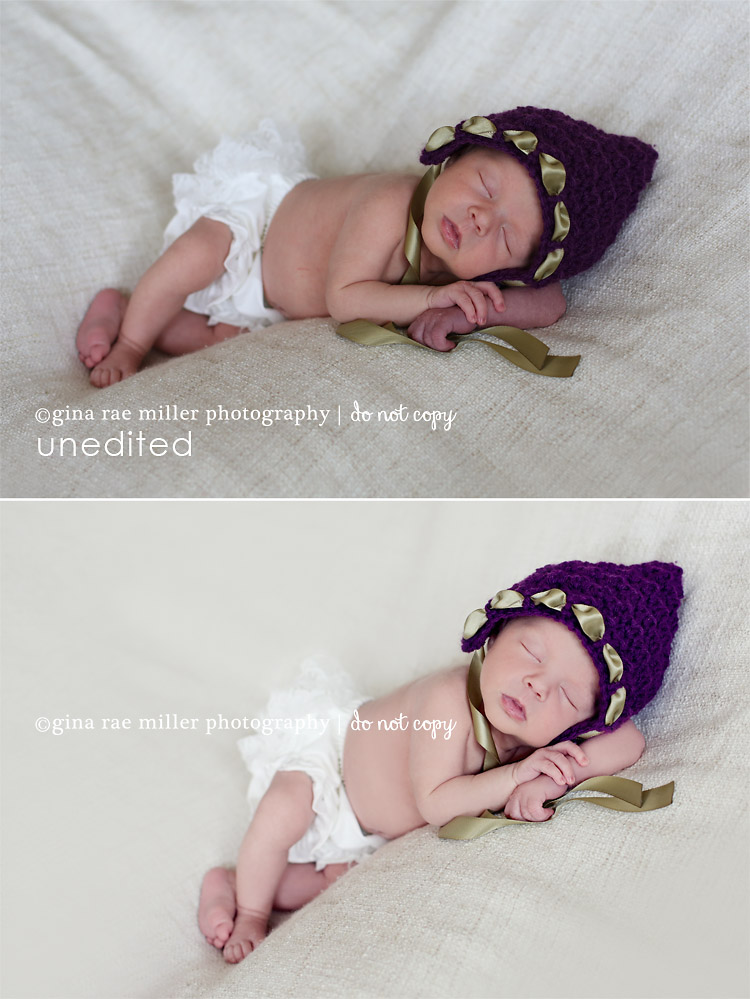 This is Dylan. He was 8 days old for our shoot. He had some flaky skin on his forehead, a small little red patch of skin on one cheek and a foot that photographed a little too dark for my liking. I also worked on making the diaper appear less like a disposable one. He had actually just arrived for his shoot here. I wanted to lay him down to see if he’d remain asleep. I wasn’t fully planning on getting started so quickly (usually the first few shots end up more like test-shots) but he gave me this huge smile and I knew it was a keeper! 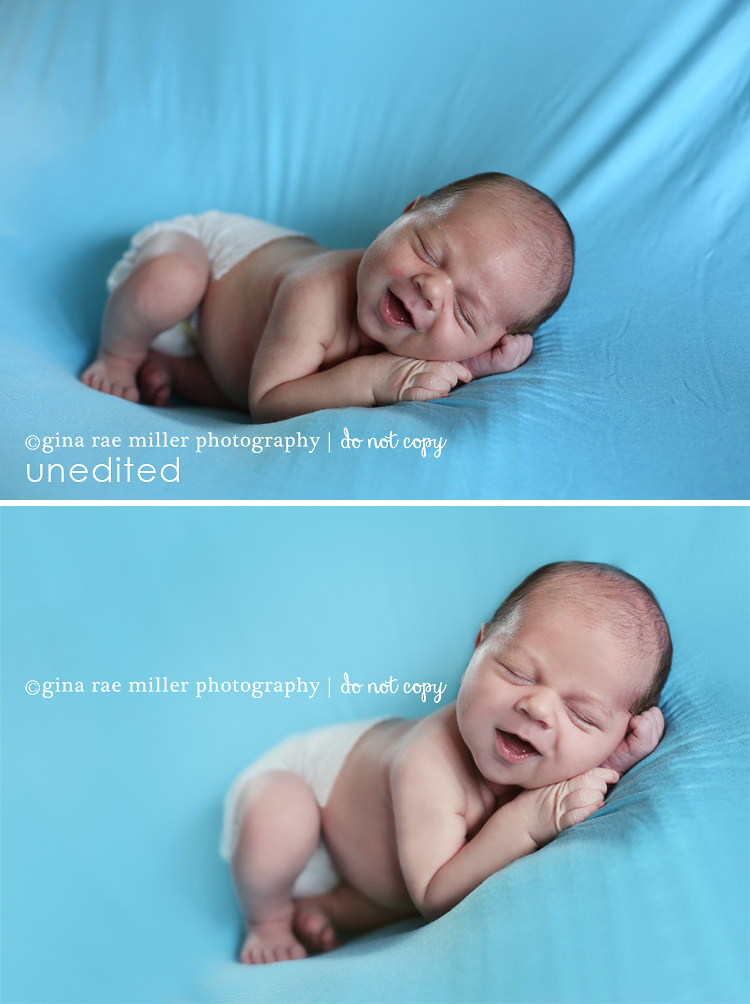 This is Dylan again. In this image, I had to obviously remove Mom’s supportive finger, patch in some missing blanket and remove the dry flaky skin as noted above. I also had to even out some redness that appeared on the left side of his forehead. Oh and I made those 4 bitty fingers a little lighter in color too. He is wearing the giraffe hate I crocheted in Lake George this year. Ain’t he cute in it? 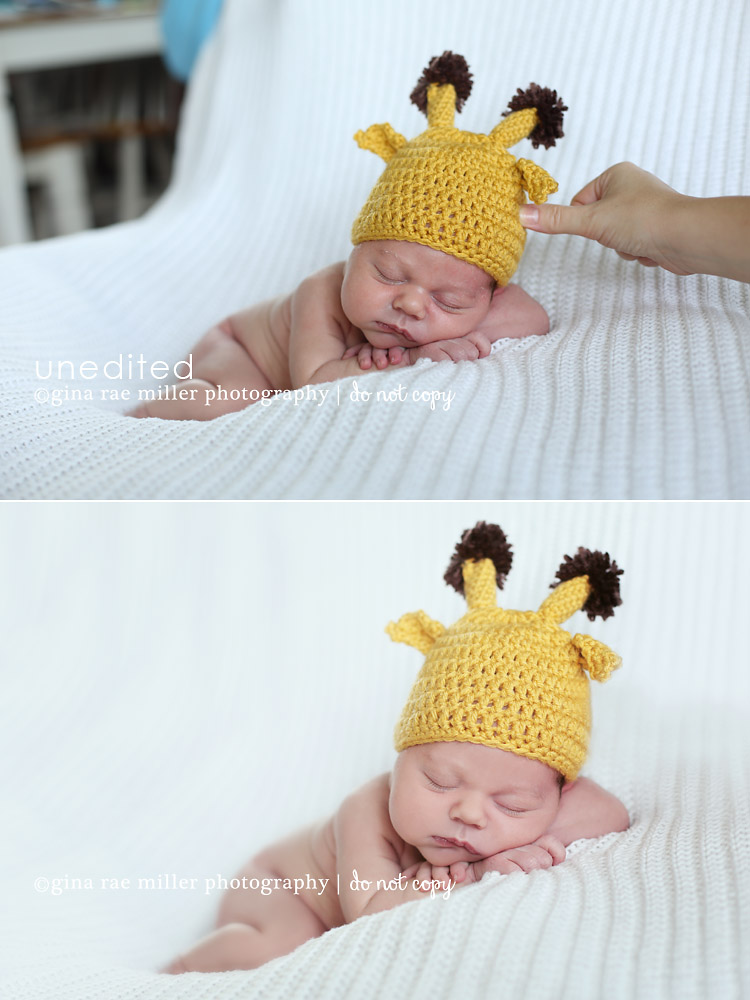