I realize it’s a bit early to post pictures of New Year’s Eve cupcakes when we haven’t reached Christmas yet, but in 2nd grade, you celebrate New Year’s. That means, party hats, confetti, air horns (that must have been a fun drive home for our bus driver, let me tell you) and cupcakes! I was assigned the cupcakes for my son’s class and I wanted to do something clean & simple. I kept seeing silver and blue so this is what I came up with. 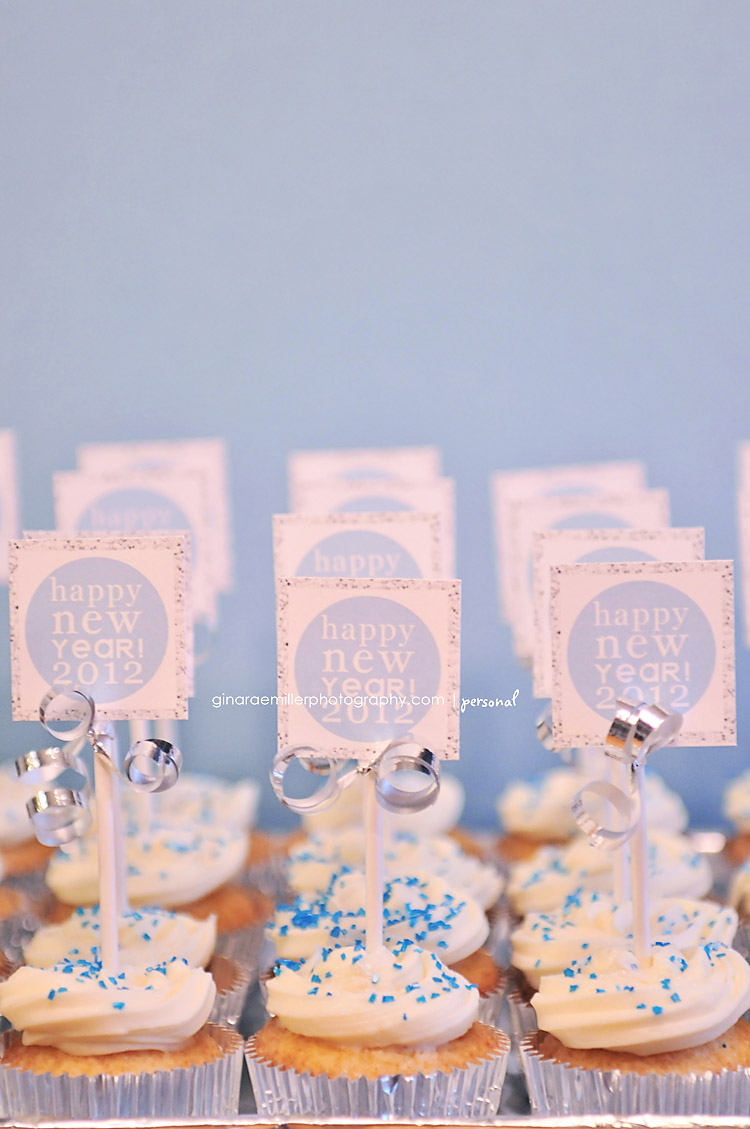 I was really happy with them. They were plain vanilla with vanilla frosting. Even better than the tasty cupcake were the toppers I made for them. So simple and yet you can personalize them in so many ways! All you need are white lollipop sticks, curling ribbon, a bit of glue, cardstock and some printable designs (provided for you below). You may also want tape and waxed paper before assembling. 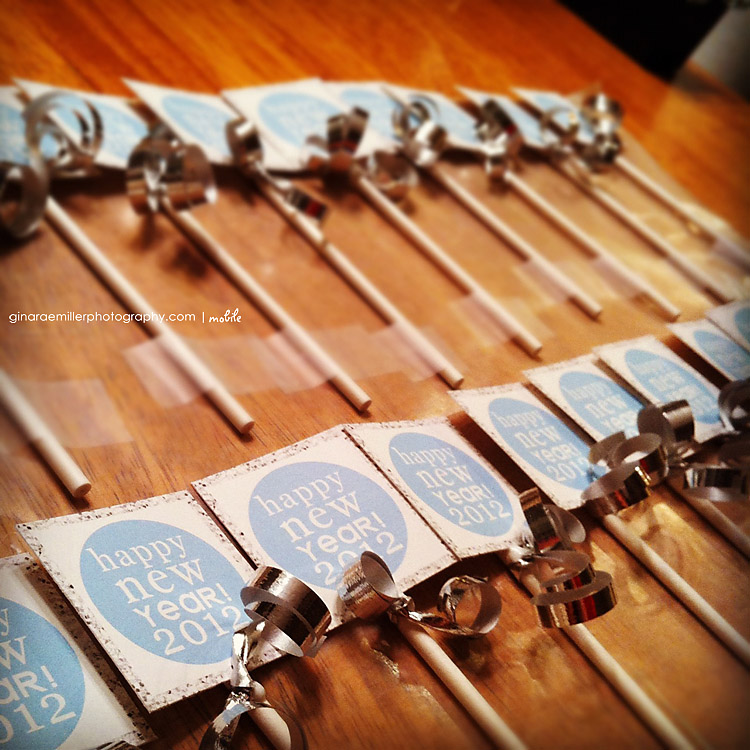 I printed my sheet of toppers and cut them out. I designed them as small squares because I wasn’t bothering with a circle cutter. I used my paper trimmer and these took seconds to cut apart. Then I tied ribbon on my lollipop sticks. Curl. They wanted to slide down a bit no matter how tight I tied them so I ended up taping each stick to some waxed paper to hold it straight. Then I added a dab of glue around the center part of the tied ribbon, just so it wouldn’t move. I went back and glued on the toppers. Done. I baked my cupcakes one night, assembled the toppers the next day and frosted the cupcakes later that second day. They weren’t much work at all broken down like this. I even made a second batch the following day for my oldest daughter’s holiday party. She got snowmen and those snowmen only had time for a quick iPhone shot. I frosted hers with a smaller dollop of frosting and lots of clear sugar crystals. 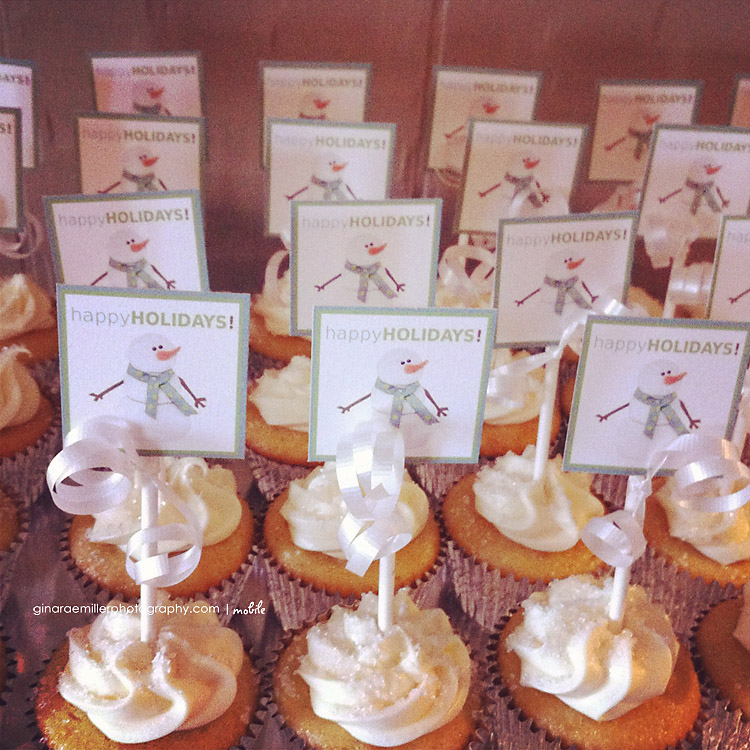 I ended up designing a third set of tags for my Christmas Eve table. I am making chocolate cupcakes with chocolate frosting and sticking some cute red & green gingerbread and Christmas tree toppers in there. I used some stickers from my Figgy Pudding element pack. I have those and the New Years Eve set available as a free download for you (in PDF form). 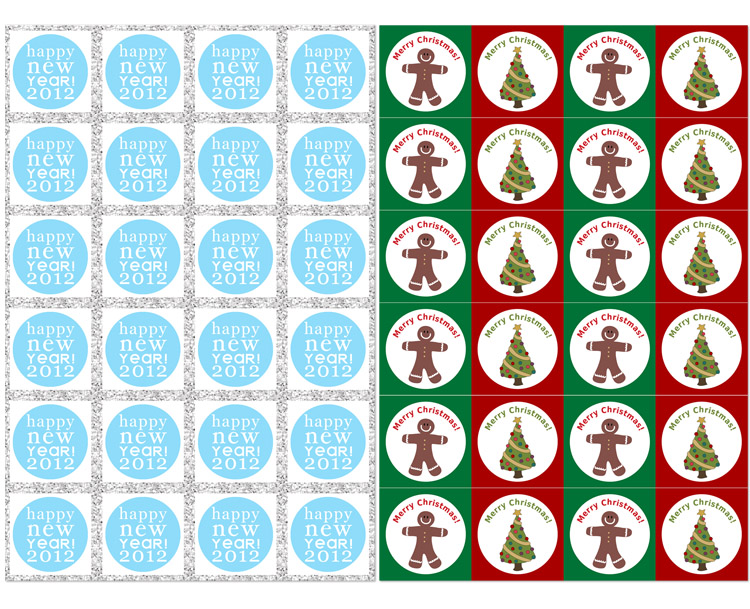 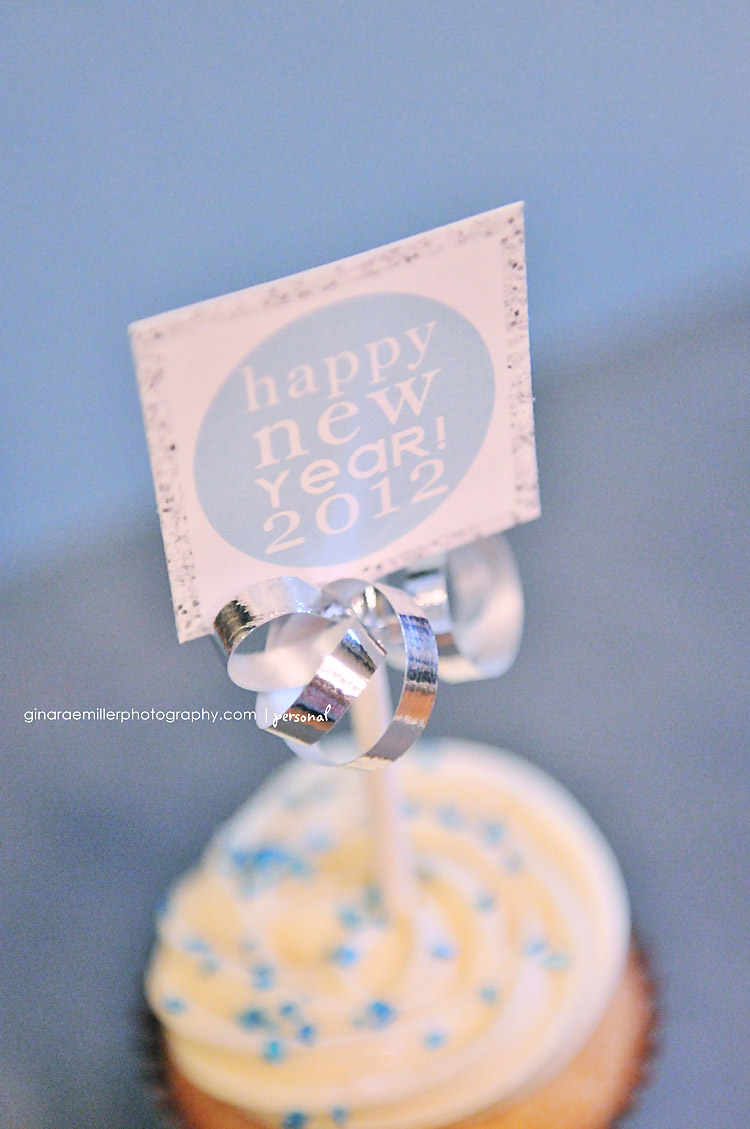