Well, we are here, with power no less. We are feeling very, very lucky, especially since 90% of the houses on my block have no power and LIPA is estimating that most people will be back on …on Friday.

We got ready by purchasing tons of waters, dry snacks, fruit and rice milk that doesn’t need refrigeration. We made sure we had extra batteries and knew where all of the lanterns were. Cell phones were charged. Basement was cleaned of all dog hair (pesky dog hair…) in case we needed to wait out the storm down there. I even brewed some coffees and canned them just so I could have coffee, albeit iced, in the morning. Fridges were turned to their coldest temps and ACs were turned down to 66 so we would wake to a cold house, even after power went out, and shockingly, we got so lucky in that department. You can’t say we weren’t prepared!

Our prayers continue to go out to our friends without power and the rest of the East Coast who experiences significant damage due to Irene’s wrath.

Once the storm broke on Sunday, we could go out and survey some of the damage. The pizza place in town was even open so I ended up bringing home some pizza for the kids. My Starbucks run later that night did not prove as fruitful (yet Dunkin’ Donuts was open).

Here’s one large, uprooted tree we found in our town. Under the roots was actually a significantly sized hole in the ground. Scary. 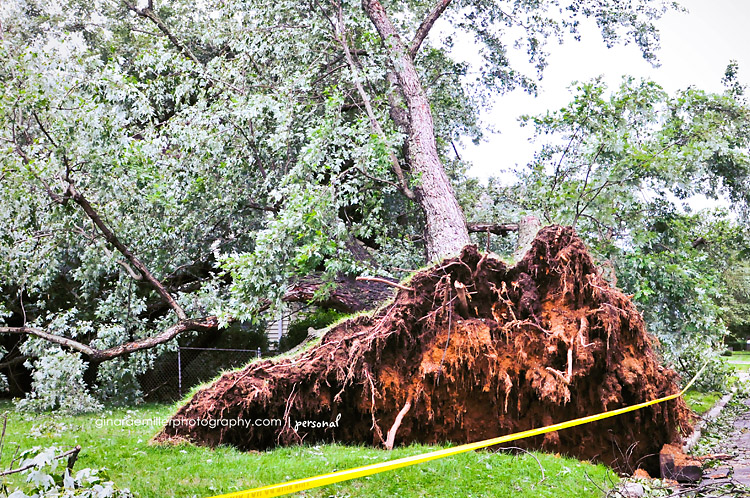 Here’s the same tree from a pulled-back standpoint. It actually fell through parts of the house. Thankful to hear that nobody was injured. 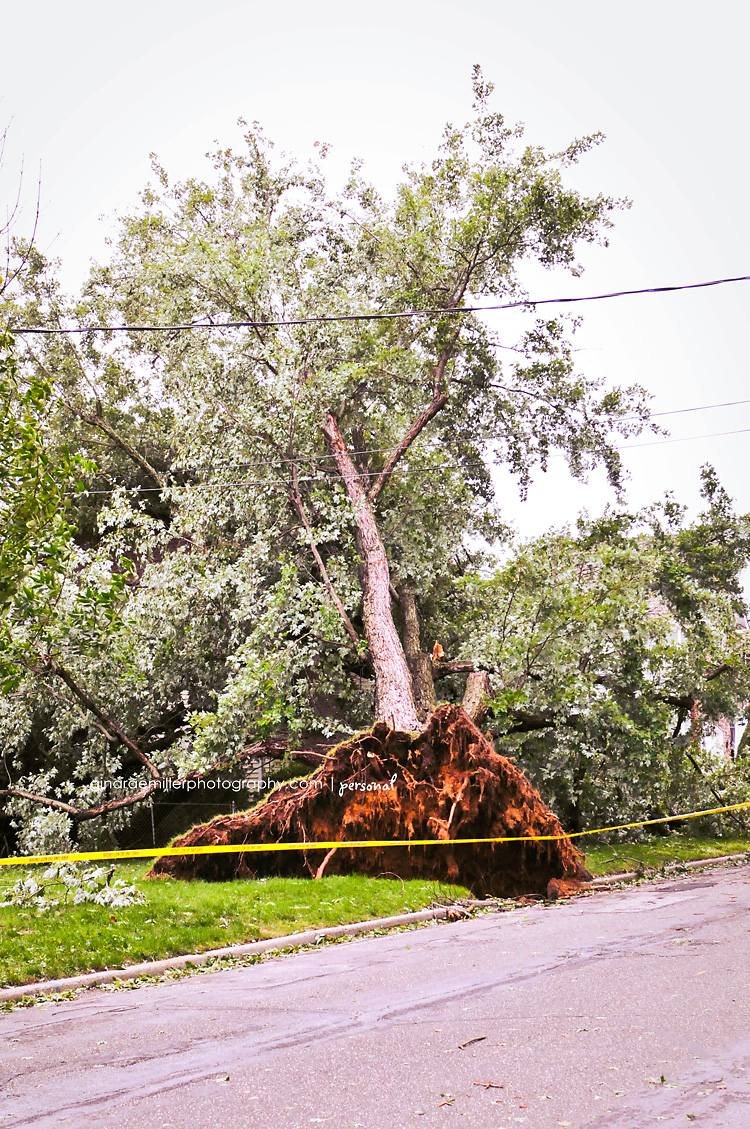 There were many snapped telephone poles and hanging power lines. 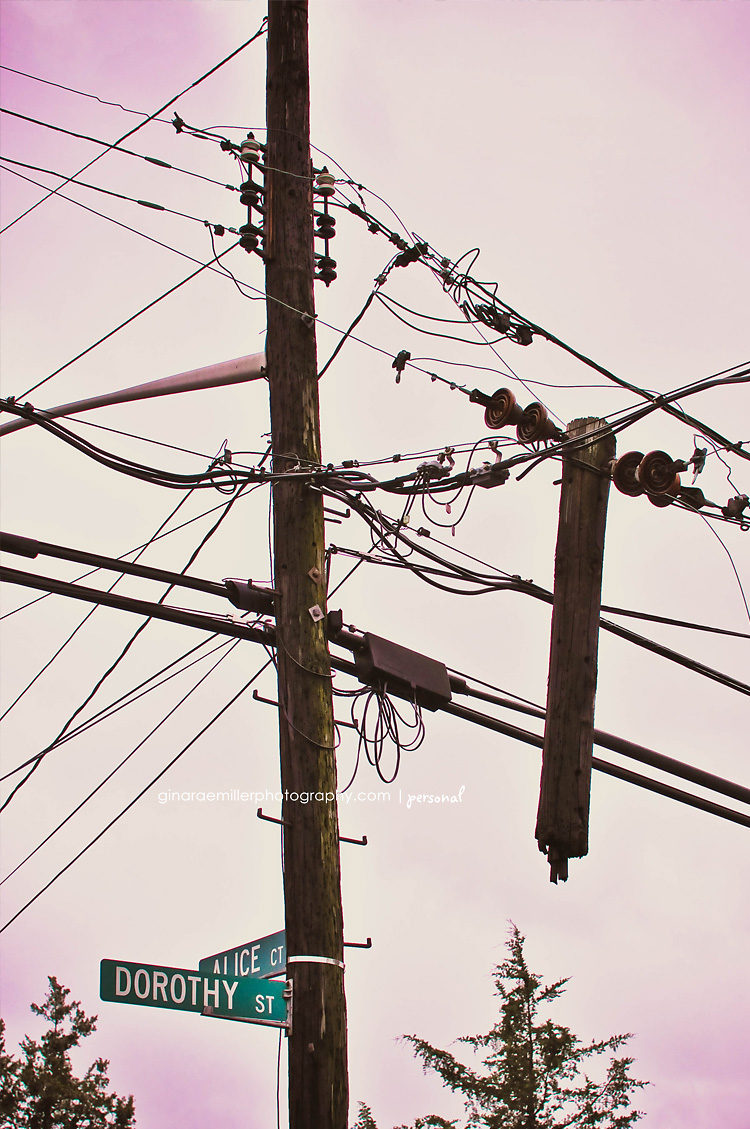 This was a really large tree near our house that fell and closed off the entire block. When the kids saw this one, they said “So this is what a hurricane does…” Even though it just felt like a very windy and dark storm to them, I wanted them to understand that hurricanes can and do cause a lot of damage. 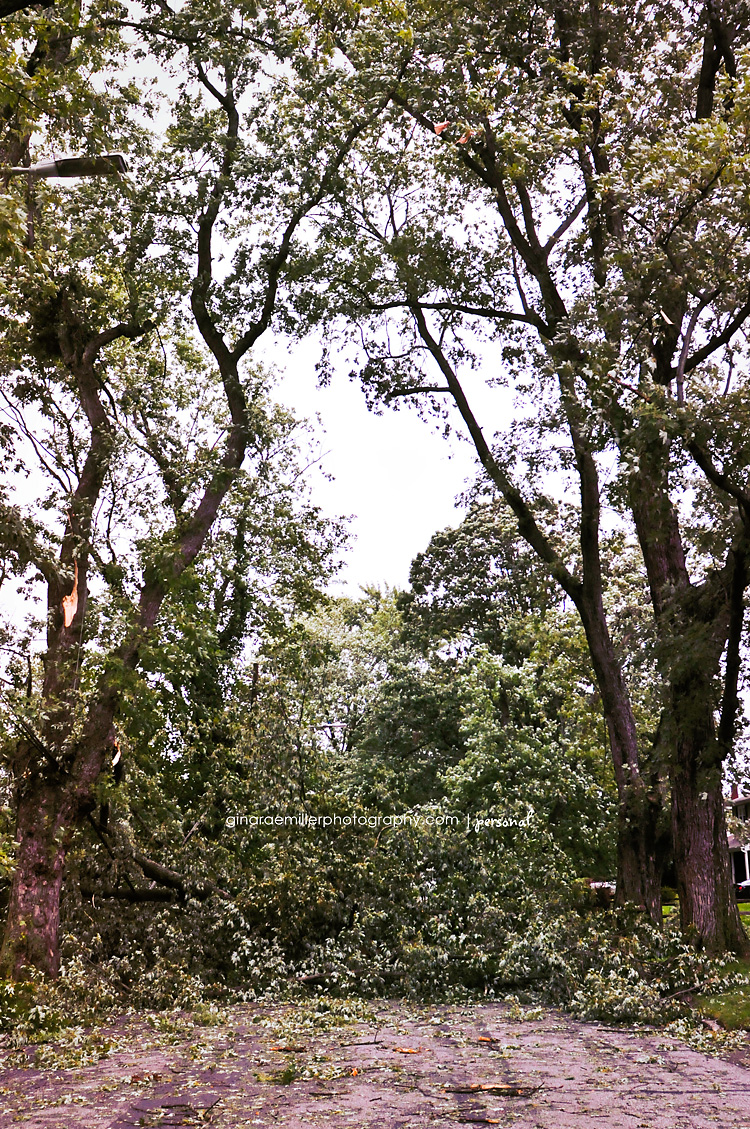 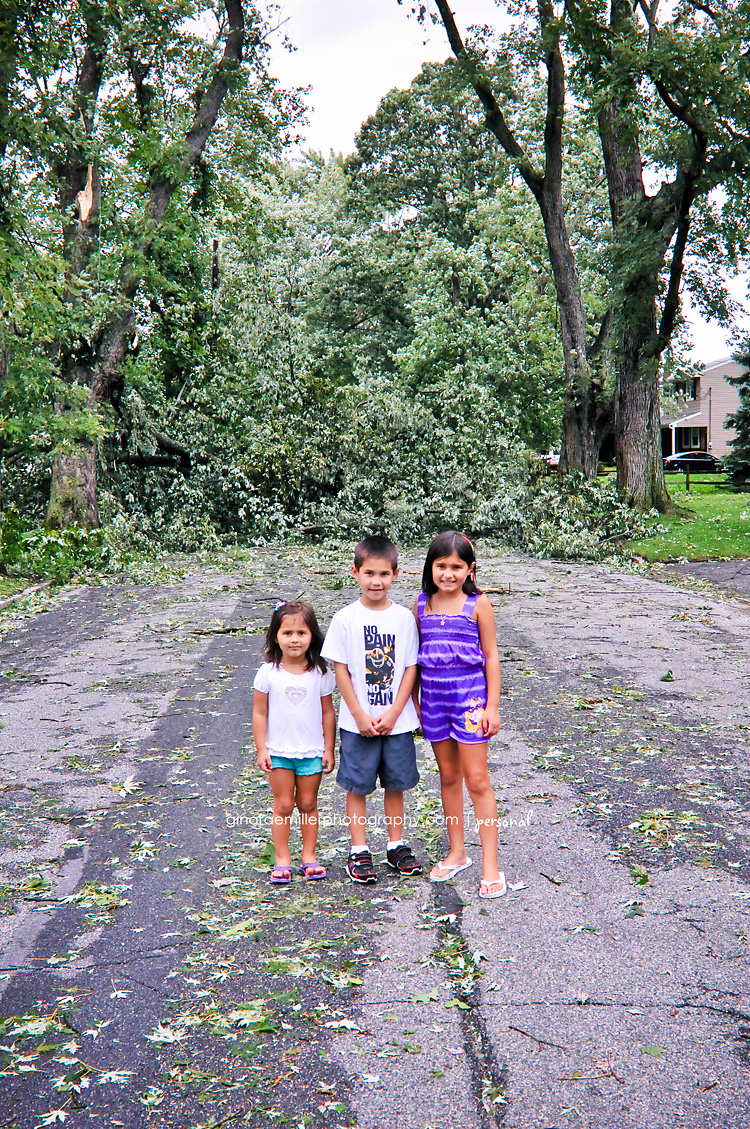 Right by that large tree was another uprooted one. This happened to fall through the woman’s garage. 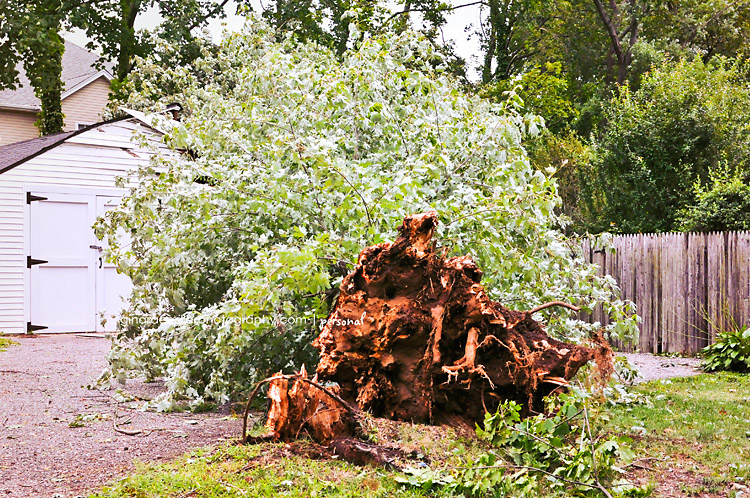 I did a lot of scrapbooking until I needed to shut down the computer for fear of it frying. I collected screenshots from our local news website and then worked on this layout during the storm. The top-left picture of the patio furniture tied down is from my cell phone. We moved as much as we could inside or into the shed and whatever else was left (some of this furniture, a hammock frame and our grill) we tied down. 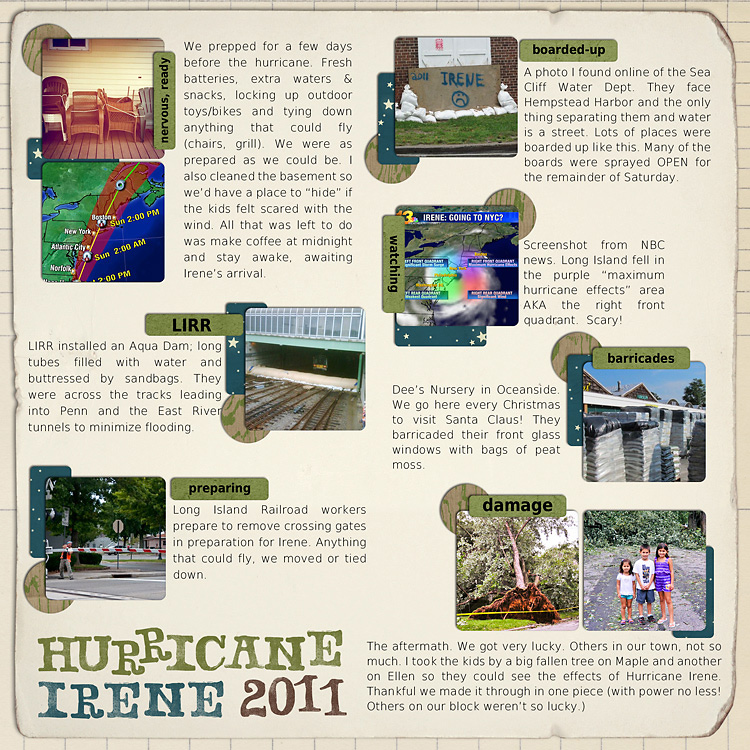 Again, prayers to our friends and family with no power and especially those in flooded areas. If you need anything, please let us know!