Yesterday marked Gracie’s very first day of Summer break! We had such a fun day together.

We celebrated her last day of school with a fancy tea party. Every student had a parent with them. We had mini bagels and pastries & drank milk, coffee and tea from ‘crystal’ cups. The kids decorated tea pot frames for us and their pictures were inside. Probably the cutest: the chairs were covered in white pillowcases to resemble fancy seat covers.

We ran through our crazy caterpillar sprinkler in the backyard. Something I realized as I grabbed Grace’s hand and ran around yesterday: Grace doesn’t have a “built-in best friend” (as I always called it) how Emily and Andrew had one another as toddlers. When they aren’t home, it’s just me and her. And believe me, I’ve gotta stay close by this little rascal because she manages to get herself into heaps of dangerous/tricky/scary/mind-boggling situations in no time flat.

We had ice cream sandwiches on the deck. Our Puggle Sadie got lucky because Grace decided she was done with hers two-thirds of the way through and chucked it onto the deck.

We laid on our hammock and tried to catch some rays.

We listened to our new Summer-themed mixed CD while taking silly pictures of ourselves with my iPhone. Did you know an iPhone can overheat? Because apparently, it can. It was 96 degrees outside and putting my phone on my deck railing for 5 minutes wasn’t my best idea.  The overheating along with almost falling into the pool, I’m surprised my phone has lived to see another day.

Yes, Summer is off to a fun start for Grace. The other two kids have 8 full days, 1 half day and 1 1-hour day but hey, who’s counting? 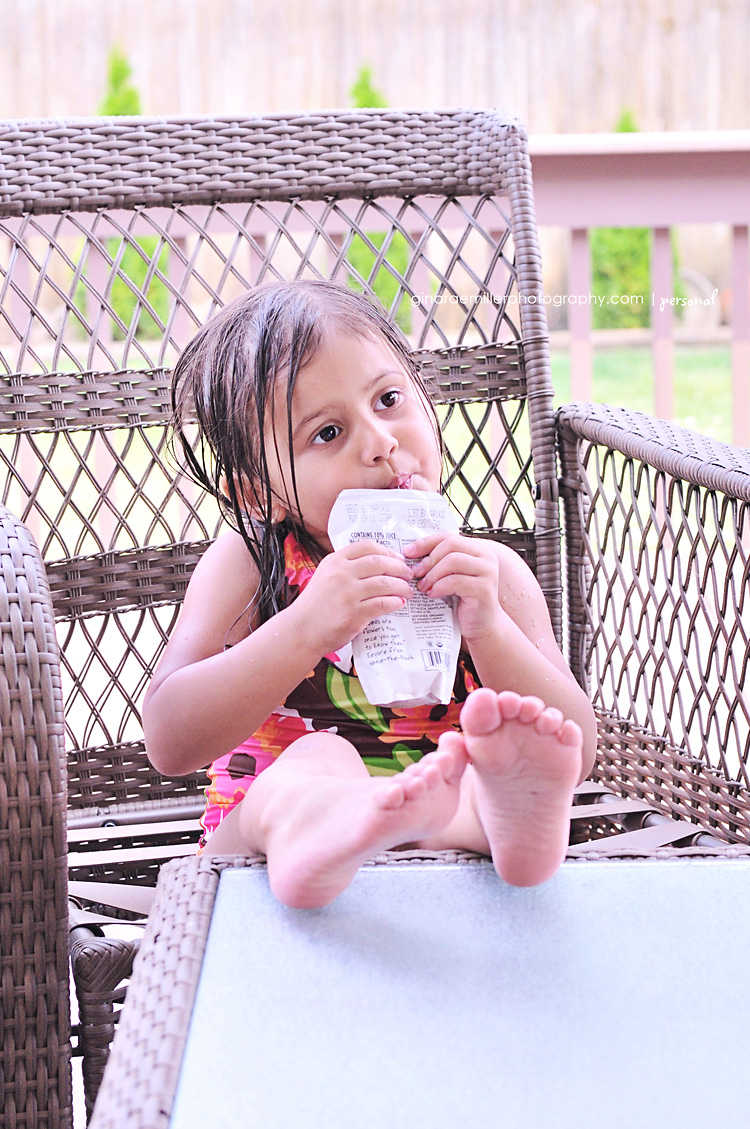